“What did you get for Christmas?” That was a question I heard many times as a child each year in the days following December 25th. It invited a rehearsal of all the gifts I had received in my Christmas stocking and around the Christmas tree, and I was more than happy to respond with a litany of my Christmas loot. After all, I had been anticipating the annual rite of ripping into the wrapping paper for many months. Finally, items from my wish list were really mine to own, enjoy, and talk about. It sure is fun to receive gifts!

My good friend, Tom, used to tweak the typical post-Christmas interrogation by asking a slightly different question: “What did you give for Christmas?” He would not place any emphasis on the word “give,” and quite often people would misunderstand and respond with a list of things they had received. Tom would smile, interrupt the excited recital, and say, “I didn’t ask what you got for Christmas. I asked what you gave for Christmas.” He didn’t do this to play the part of Scrooge but to challenge folks to find joy in the other side of the gift exchange equation.

I, for one, appreciated Tom’s gentle challenge. To be sure, I like to receive gifts and am still known to compile a wish list as Christmas approaches. But I’ve found increasing joy in giving gifts at Christmas and on other occasions. Gift giving is quite an art. To be done well, it requires really knowing the recipient and reflecting on what would be meaningful to him or her. Such gift giving is not perfunctory; it is an expression of love and friendship. “Success” is found in the expression of joy on the recipient’s face that says the gift was well chosen (or at least that the attempt was appreciated!).

The world tries to commercialize Christmas, making the exchange of gifts a veritable sacrament of capitalism. We’re told that we need to spend a lot, since the price of a gift is supposed to be a measure of its worth. To that I say, “Bah, humbug!” We can give without breaking the bank, when giving is an expression of love based in knowledge of the beloved.

As Christians, we know that God gave the greatest gift ever when He sent His Son into the world to be born in Bethlehem. At Christmas, we commemorate the birth of our Savior – surely a cause for festivity and the festive exchange of gifts. As that day approaches, let us look forward to it with joyful anticipation. But let us be careful that ours not be a materialistic joy rooted only in what we expect others to give to us.  Let our gift exchange be a true celebration of the gift of our Savior and not an expression of the worst aspects of capitalism.

Jesus said, “It is more blessed to give than to receive” (Acts 20.35). With that in mind and in homage to my late friend, Tom, I ask: “So what are you going to give this Christmas?” 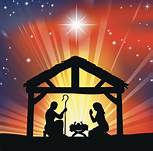 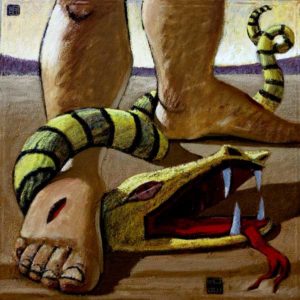