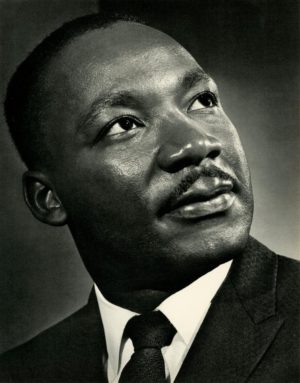 Fifty years after the death of Rev. Martin Luther King, Jr., there is still value in reflecting upon his dream. That dream was perhaps expressed most memorably in his speech during the “March on Washington for Jobs and Freedom” on August 28, 1963. To several hundred thousand gathered at the Lincoln Memorial (and to President Kennedy watching the live television broadcast), Dr. King shared his hopeful vision of justice and equality in our land. It was a defining moment of the civil rights movement. It was also an address steeped in Biblical language that directs us to consider the implications of the Kingdom of God for church and culture.

In its historical context of long-standing discrimination and simmering racial tension, Dr. King’s vision was bold and filled with hope:

I have a dream that one day this nation will rise up, live out the true meaning of its creed: “We hold these truths to be self-evident, that all men are created equal.”

I have a dream that my four little children will one day live in a nation where they will not be judged by the color of their skin but by the content of their character.

King set his plea in the context of American history, appealing to the Declaration of Independence, the Constitution, and Lincoln’s Emancipation Proclamation. But he drew on more than our nation’s political heritage in his oratory. The third generation Baptist minister found words in Scripture, especially the prophetic tradition, to express both discontent with present injustice and hope for better things to come. King echoed Amos, declaring, “No, no, we are not satisfied, and we will not be satisfied until justice rolls down like waters and righteousness like a mighty stream” (cf. Amos 5:24). And he drew from Isaiah 40:4-5 to express his vision in Biblical terms:

I have a dream that one day every valley shall be exalted, every hill and mountain shall be made low. The rough places will be made plain, and the crooked places will be made straight. And the glory of the Lord shall be revealed, and all flesh shall see it together. This is our hope. This is the faith that I go back to the South with…. With this faith we will be able to transform the jangling discords of our nation into a beautiful symphony of brotherhood.

Martin Luther King’s dream was truly one of Biblical proportions.

Over 1900 years before Dr. King’s speech, Luke the evangelist quoted the same verses from Isaiah 40 when introducing John the Baptizer (Luke 3:4-6). He understood John as paving the way for Jesus to come and fulfill prophecy, and he tells us that Jesus himself quoted Isaiah when reading aloud in the synagogue at Nazareth: “The Spirit of the Lord is upon Me, because He has anointed Me to preach the gospel to the poor; He has sent me … to set at liberty those who are oppressed, to proclaim the acceptable year of the Lord.” (Luke 4:18-19, NKJV).

Throughout his gospel, Luke shows Jesus’ special concern for the poor and the oppressed. In accord with the ancient prophetic vision, Jesus was ushering in a Kingdom that would be marked by justice and righteousness. And all in that Kingdom are called to love their neighbors and pursue such justice.

Dr. King’s dream is rooted in Scriptural promise that ultimately will only be fulfilled in the Kingdom of God, but that doesn’t mean Christians are exempt from pursuing that dream now. In Jesus, the Kingdom of God broke into history and is now growing toward fulfillment. We are called to embrace a Kingdom vision now and to live by Kingdom values now – the kind of values that promote equality, racial harmony, and care for the downtrodden. The world should be able to look at the church and see it leading the way in matters of racial harmony and social justice. Within the church, King’s dream of racial reconciliation and equal treatment should be a present reality because that is what Jesus’ Kingdom demands. And as more and more hearts and minds are changed by the gospel, we should see Kingdom values increasingly infusing our culture and showing the power of Christ to accomplish what worldly politics has failed to achieve.

Thankfully, we have made positive strides as a nation in the direction of realizing Dr. King’s dream. The two terms served by an African-American man in the White House are proof of that. But only someone whose eyes are blinded to reality would think that we’ve fully achieved a “beautiful symphony of brotherhood.” The vestiges of racism linger, even sometimes within the church. There is still a long way to go. Perhaps the anniversary of Dr. King’s death can be a time when we, as Christians, reflect upon the call of the Kingdom of God on our lives and commit ourselves afresh to working to make the Biblical dream come true.